Sean McDonald of “Chronicles,” the WMUR TV show, after visiting the Tiny White Box last week for a segment, contacted me to ask for some photographs of me over the years. It seems I only keep pictures of people I can’t see in the mirror, so I only have one photograph of myself from before 20013, my high-school picture. I told Sean to feel free to do a Google Image search, but I knew he wouldn’t find anything earlier there, either. Still, Sean asked me to send him what I have, so I did.

Obligatory Promotional Paragraph:  The segment on the Tiny White Box is scheduled to air Tuesday, February 13, at 7 pm on Channel 9, Manchester, NH. While I’m having dinner with a friend in Manchester at 5 or so that evening, I have not decided where or whether to watch the show. If you’d like me to attend your Chronicle Watch Party, please contact my management agency.

Looking over the six or seven pictures I sent Sean, it became apparent I am a shape-shifter, or at least no two pictures of me are definitely of the same person. Bear in mind that all the photos that follow (other than the yearbook one, obviously) were taken within the last five years, yet the person within them doesn’t look like me, and none of them look like each other. I’ve never thought I was photogenic, but I’d at least I’d assumed I was photoconsistent. Apparently, I was wrong. Still, I may not look the same over time, but I am the same person. Or at least that’s what I want me to think.The quick tour of the last five years is presented in chronological order, but that’s the only organizing principle I can find.

(The accompanying text is from a recently declassified report from the House Intelligence Committee on Keith Howard and his role in the 2016 election.)

This  picture, taken in the fall of 1975, looks, like all yearbook pictures soooo innocent. I mean, no one ever looks at childhood photos of mass murderers, tyrants or serial jaywalkers and says, “Look how evil he was even then.” While Howard has quote from Bob Dylan under his picture and a suitably boyish nickname, at the time he said in writing his goal was to work toward the overthrow of the United States government and was voted “Class Revolutionary” and “Class Clown.” Yet he still managed to get a security clearance and serve in the United States Army. Could it be the FBI has been corrupt for decades? And have the Joseph McCarthy Army Hearings been officially terminated, or is it possible to perhaps bring back Tailgunner Joe from his drunken afterlife?

The picture on the right, likely showing Howard receiving instructions from his 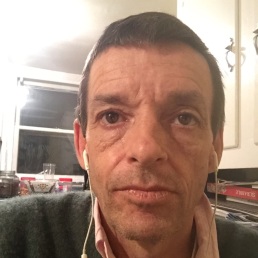 “handlers,” whether a foreign government or an extraterrestrial contact, was taken in January 2015. Where have the glasses of 1975 gone? Human vision does not repair itself, yet Howard seems to have shed the only device known to aid sight! Howard is IN FACT a consumer of an approved Affordable Care Act alternative (aka OBOMAcare). Sneakily, Howard’s chosen option is the very Veterans Administration health care he would have been denied if the FBI had prevented him from enlisting in 1976!

By March, 2015, as shown in the picture on the left, Howard had traveled from New Hampshire to San Francisco, California, a distance of more than 3,000 miles! California, of course, is a bastion of Clinton supporters, and Howard may well have met some of 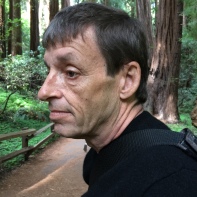 them under the guise of what he called “a family trip with two of my daughters.” Note the larger nose and determined look on Howard’s face. Was he perhaps dreading the transformation to come before the next image?

Forty years after that high-school yearbook picture, and six months following the pensive and forlorn image in San Francisco, Howard looks amazingly boyish in this picture, taken in September 2015! My God, man, he looks younger than he did in 1

975! Could it be he sold his soul to become Peter Pan, never aging, but always ready to lead a so-called “Lost Boys” gang, whether made up of teenagers or formerly homeless veterans? Or is it something even more nefarious? Something involving politics? Something involving his long-suppressed dream to overthrow our government? Although the 2016 election was still more than a year away, Howard’s nose is already significantly smaller and his hair has grown out to be more “stylish.”

This television screen grab from a CNN (aka Fake News) Town Hall is what’s known in adult film-making circles as the “money shot.” Here, 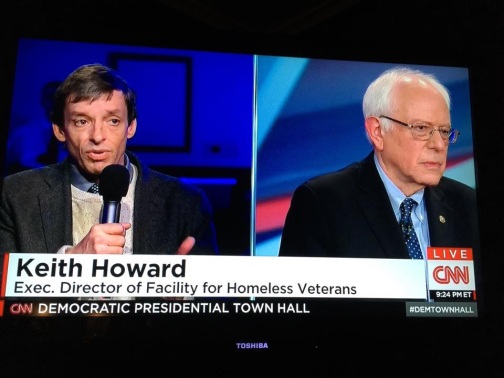 Howard on national television, embarrasses Senator Bernie Sanders by asking the only candidate running against Hillary (The Beast) Clinton why no Democrat presidential candidates have visited the facility for homeless veterans Howard runs. Clearly Howard’s question was planted by that she-demon Clinton and her minions, helping Howard achieve his mayhemic teenage dreams. Howard must have wanted Hillary Clinton to be elected president of the United States—how else explain his treatment of Clinton’s rival? In fact, Howard went so far as to be a registered Republican and vote for John Kasich in the NH Primary, demonstrating there is no depth to which he would not sink.

In July, 2016, in a New Orleans hotel lobby. Howard smiles smugly, believing he has

accomplished his plan. Looking like some talk-show host whose program has just been regionally syndicated, Howard exudes confidence. After years of fruitless work, Howard believes he has undermined America and made it possible for a treasonous, liberal (but I repeat myself) pantsuit-wearing woman to be president.

What Howard couldn’t know was that shortly after this picture was taken, he would be brought to justice in the Garden District by Chuck Palahniuk, author of Fight Club and Defender of the American Dream! By the fall of 2016, with the help of great patriots in Moscow and Milwaukee, order would be restored, Clinton would be

vanquished and Howard would be sentenced to a year of wilderness reeducation in the Great North Woods.